My latest Ars Technica IPv6 story is about IPv6 celebrating its 20th birthday and that it has reached 10% deployment at the end of 2015. 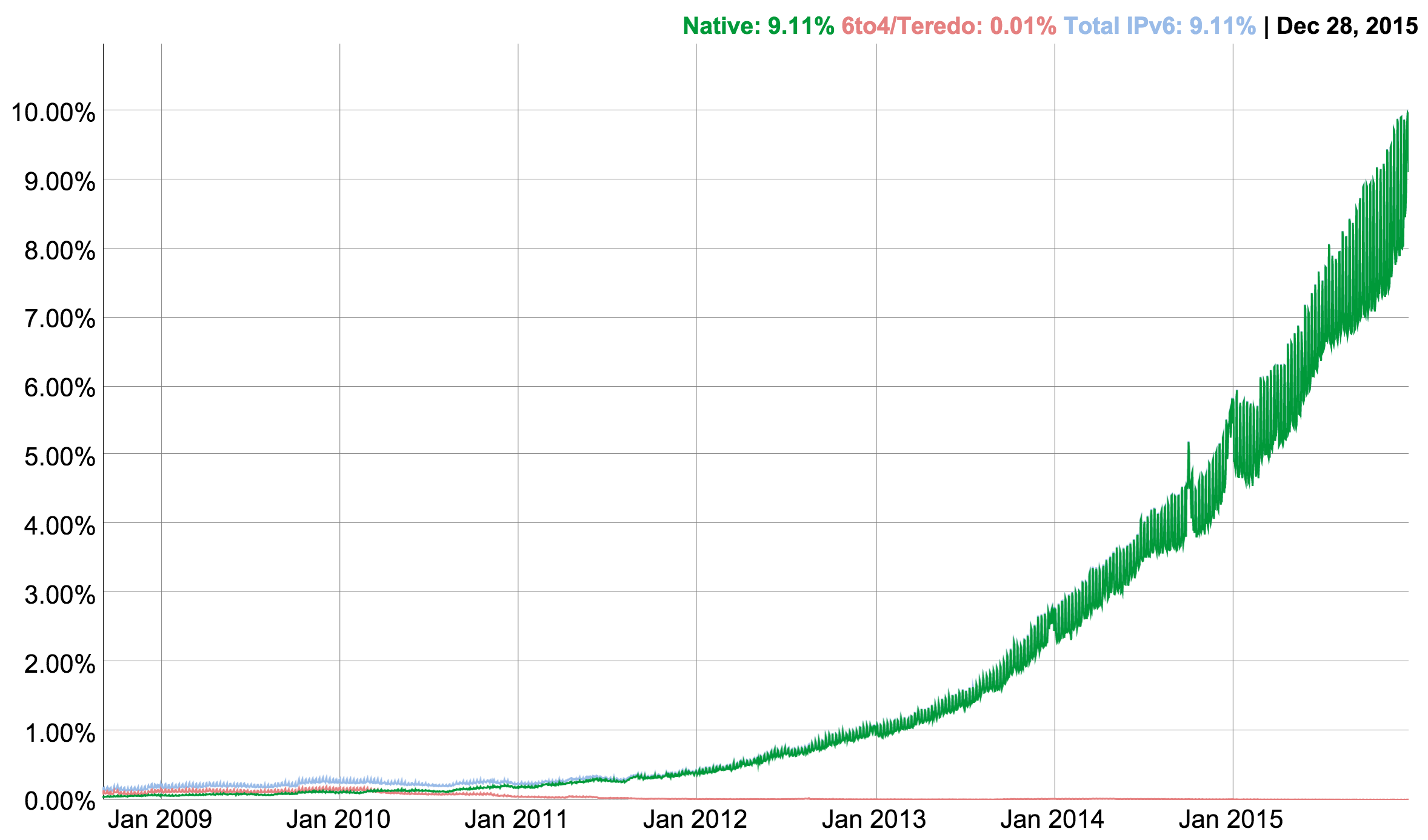 And the US is doing very well with almost 25% IPv6 deployment: 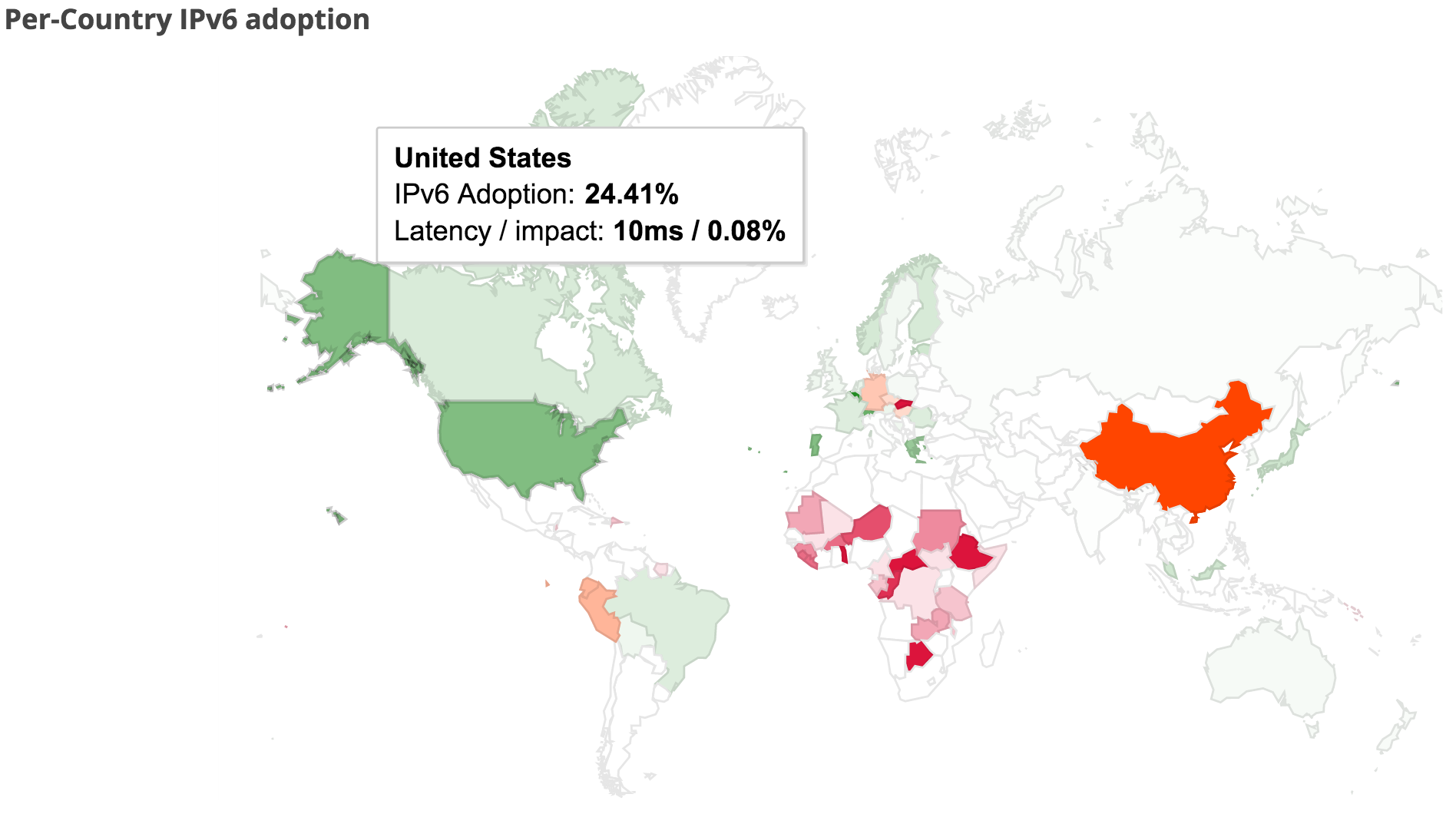 5% of the Netherlands has IPv6!

As of today, 5% of the Netherlands has IPv6, according to Google: 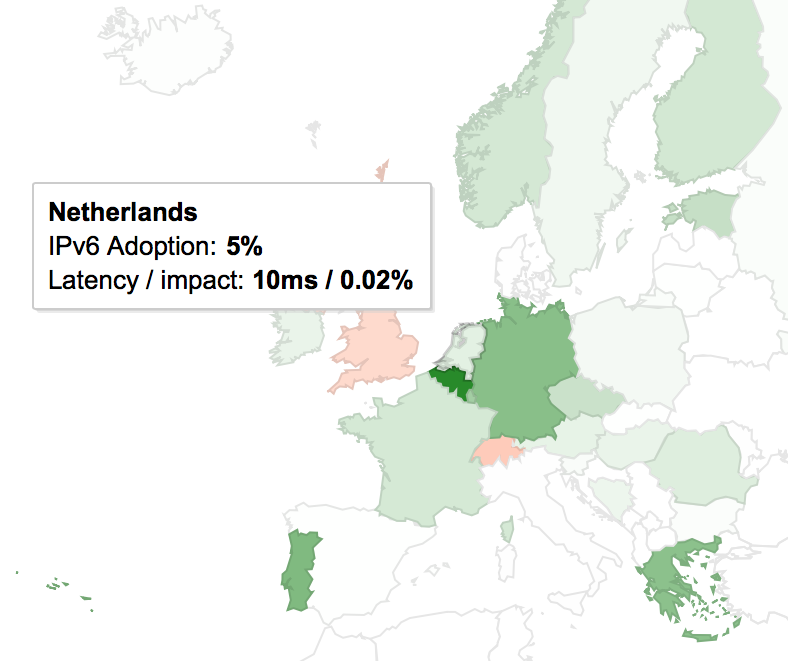 Mixing IPv4 and IPv6 in BGP

When I first started running IPv6 over BGP, I ran into an interesting problem. The Cisco router I was working on had four full BGP feeds over IPv4. But when did show ip bgp, I noticed the router had five copies of each prefix. One of these paths had a really weird next hop address and was marked as unreachable.

Turned out those were IPv4 prefixes learned over an IPv6 BGP session.